In recent years, India’s wireless infrastructure services user base has experienced an exponential growth, owing to a multitude of factors. The government’s Digital India initiative laid down an extensive national digital infrastructure, while decreasing costs of mobile data and smartphones and their better availability has increased the pace of digitisation in the country. 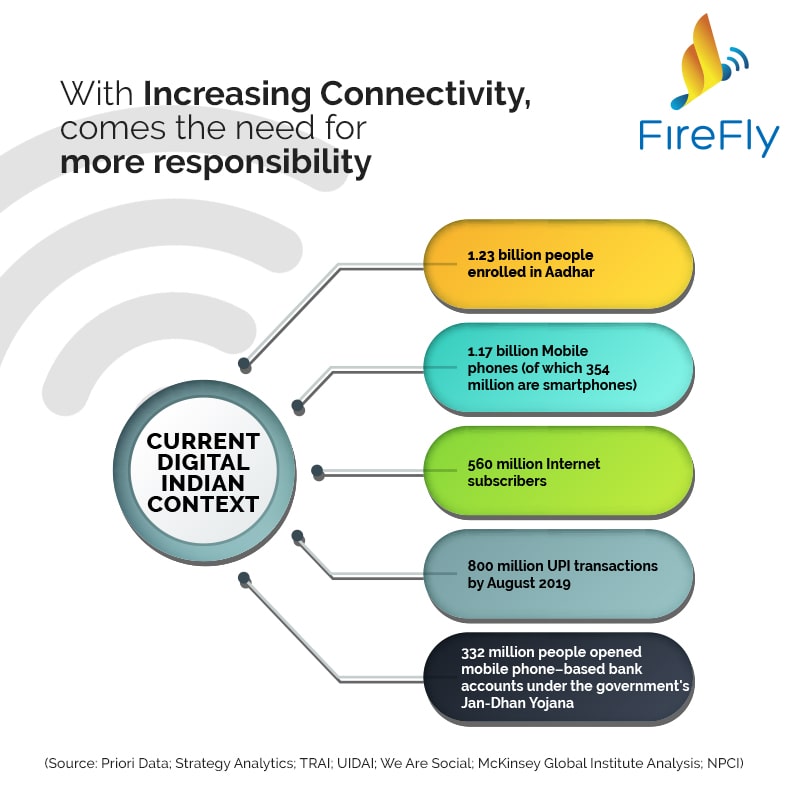 The demand for high quality ‘anytime-anywhere’ internet availability has leaped significantly and is expected to grow even further. By 2023, Internet users expected to increase 40% to 800 million, while the number for Smartphone users could double to 700 million. (McKinsey Report, 2019)

As a result, WLAN providers tend to provide high quality, versatile Internet Connectivity which is an essential service for all forward-looking businesses and public locations alike: to better attract, engage and retain their customers.

The emerging consumer trends around consumption of mobile wifi hotspot, demand for speed, device and content eco-systems, fast-evolving world of Internet of Things (IOT), and the government’s serious intent and focus on creating a truly ‘Digital India’, is making Wi-Fi increasingly mainstream, and an important part of the ‘heterogeneous network’ design of the future for Telcos and ISPs alike.

EXCITED ABOUT THE FUTURE?

In logistics, tracking vehicles in real time has enabled shippers to reduce fleet turnaround time by 50 to 70 percent. Similarly, digitized supply chains have helped companies reduce their inventory by up to 20 percent. Farmers cut the cost of growing crops by 15 to 20 percent when they are better informed about soil conditions. This enables them to efficiently use fertilizers and other inputs. And these are just a few examples of the benefits we could see in the immediate future. “Companies that innovate and digitize rapidly will be better placed to take advantage of India’s huge and connected internet services market, which could include up to 700 million smartphone users and 840 million internet users by 2023” (McKinsey Report, 2019).


We as wireless infrastructure provider, also feel that the advent of wifi6, the latest Wi-Fi standard, would be a complete game changer in the Wi-Fi space . The new technology allows network access points like routers to send more data than before, send it faster, and use less power through more efficient path allocations.

Latest verified speed tests show the 6th version have 40% faster speeds than the existing Wi-Fi 5 configurations. But even more interesting would be the interaction and routes between devices. As CNET analysts found, “Wi-Fi 6 routers will be able to pack more information into each signal they send, which means they'll be able to communicate with devices faster and more efficiently.”
(Source: CNET - Wi-Fi 6: Better, faster internet is coming, available at: https://www.cnet.com/news/wi-fi-6-and-what-it-means-for-you-wifi-routers/)

These routers would then become the new standard for handling the connectivity of a huge number of devices at once. While the difference at home won’t be as noticeable, people in crowded places like malls or airport will find blazingly high-speed internet access through these advanced capabilities of Wi-Fi 6 routers.